Are You Moving Your Business And Life Forward In Faith? 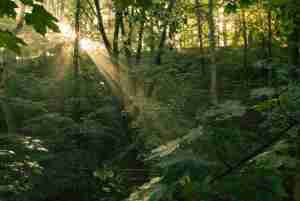 Alex is the Founder of the Christian Business Academy and is a business growth coach who helps clients accelerate their revenue and business growth without compromising their faith and family lives.


God is good at letting us know what He wants for us and with us. He tells us through songs we hear, promptings in our hearts and even dreams we have. Many times we ask God for direction and clarity to move forward and yet we question Him when He makes his way clear.

That’s happened to me over and over again in my walk. The Christian Business Academy is just one of those times where it’s happened. He clearly gave me his vision and the plan, yet I doubted, feared and even questioned what He was asking of me.

We all face that at times. However, we beat ourselves up about it and think that we only have one chance to get it right. When we understand God’s character we’re better equipped to move forward despite our own challenges and delays knowing that God accounts for those challenges before choosing us.

A Story About Faith And The Lack Of It

This morning as I woke up, I was lead to start reading the Gospels all over again. I didn’t make it far before I realized that God had something to tell me. I started with the first gospel, Matthew, and didn’t make it past chapter 2 before God so lovingly reminded me of how He sees us and knows everything ahead of time before putting us up to the task.

In Matthew 2, we read about Mary and Joseph and the situation they found themselves in. Mary was pregnant with Jesus and her fiancee Joseph decided to quietly divorce her so he didn’t publicly disgrace her because of the pregnancy.

However, here’s where it gets interesting.

An angel appears to him in a dream and tells him that’s it’s ok to marry her since the child was from the Holy Spirit and was the savior. When he woke up from the dream, he did exactly as the angel told him and it fulfilled a prophesy.

We have one dream, Joseph’s obedience through faith and the fulfillment of prophesy.

After Jesus was born, an angel appeared to Joseph once again and told him to escape to Egypt until the angel appeared again to avoid being killed by Herod. What did Joseph do? He got up and went to Egypt.

That’s two dreams, another example of obedience by faith and another prophesy fulfilled.

Finally, while in Egypt, an angel appeared to Joseph once more and told him to take his family to Israel since the threat of Herod was now gone.

Here’s where we see something different.

Joseph got up and headed to Israel with his family until he realized that Herod’s son was now in rule. Out of fear, he decided to go to Galilee instead to the town of Nazareth. What happened to the unwavering faith Joseph had before? Why was he now uncertain after several dreams?

We can clearly see that Joseph changed course because of his own fears and insecurities yet God accounted for Joseph’s mistakes as well as ours.

The Bible goes on to tell us that despite Joseph choosing Nazareth instead of Isreal, the prophesy “He will be called a Nazarene” was fulfilled.

In other words, God already knew the details of this journey up front and yet still chose Mary and Joseph despite all of this and used it all to His glory. God still made a way for the prophesy to be fulfilled despite Joseph’s change of plans.

What does this mean for your faith in moving towards the dreams God gave you?

You may have heard God give you a vision or mission for your life. You may have the desire to do it but find it overwhelming and seemingly impossible to ever reach or attain.

That’s perfectly fine in God’s eyes. He has already accounted for those feelings, emotions and thoughts and still chooses you and I to participate in the big things He’s up to. We don’t need all the answers up front. All we need is a willingness to move forward wherever we are and God will make a way.

What’s holding you back from moving forward? Comment below to get some motivation, inspiration, encouragement and prayer from the ICEA community!

← Prev: The Struggle of Christian Entrepreneurship Next: Episode 1 - Leslie Samuel Shares How To Build Your Audience With Blogging →

How To Work Less And Reap A Bigger Harvest

Do you ever wonder how to work less yet get the same or more done? Perhaps you're spending a lot of time marketing... 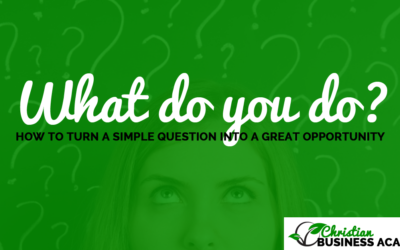 How To Get The Most Out Of The Question – What Do You Do?

It never fails. You go to a networking event or you meet someone casually and introduce yourself. Then the obvious...

Episode 4 – How To Publish, Promote And Profit From Your Own Book

Have you ever wondered if publishing a book can help you grow your business? Ever wonder what to do to promote your...

We wanna hear from you now…